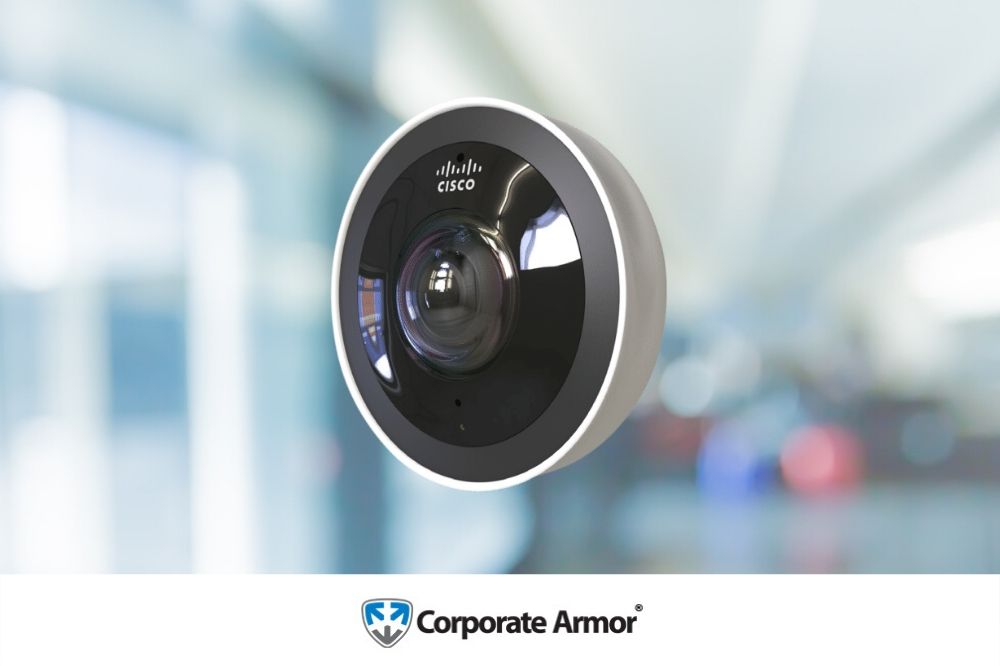 That’s because computers, hard drives and other IT assets can not only be digitally breached, but they can also be physically stolen or accessed by unauthorized users. Having security cameras in place can help deter this type of crime and track down those responsible for breaches.

Cisco Meraki MV32 security cameras can be used to capture these types of scenes, and as part of the Meraki suite, they can easily be managed alongside other types of security and connectivity infrastructure. Through the Meraki dashboard, all of these devices can be set up with secure access policies, managed remotely, and programmed to receive automatic firmware updates and more.

Like other Cisco Meraki MV models, the MV32 security camera goes beyond just recording video by also including a number of smart features, like the ability to analyze motion, which can make it easy to quickly identify a potential security breach.

Notably, the Meraki MV32 security camera stands out from other models with its fisheye lens, which provides up to a 360-degree field of view (180 degrees each for horizontal and vertical views). These cameras are also incredibly compact, making it easy to deploy them within indoor environments without disrupting the aesthetics of a room.

Meraki MV32 cameras also offer a number of features and benefits, such as:

Meraki MV32 security cameras’ fisheye lenses capture a larger scene than other Meraki models with narrower fields of view. As such, these cameras can be deployed where you need to see a whole room or a wide area at once.

For example, placing Meraki MV32 security cameras in an office with an open floor plan can make it easy to see all desks at once, or at least a significant portion of the room, rather than needing separate cameras pointed at individual desks. From there, the cameras can capture misdeeds such as the theft of computers or sensitive documents.

Choosing the right cameras for your business might seem overly complex and cost-prohibitive when purchasing devices through a large distributor. That’s why Corporate Armor makes it easy to find the security cameras you need at an affordable price.

Download our full guide to integrated security with Meraki cameras to learn more about how you can integrate physical security and cybersecurity.